Gerald Finzi's Nocturne Op 7 ('New Year Music'), inspired by ringing in the New Year with the bellringers of St Bartholomew's, Churchdown, at the top of Chosen Hill in Gloucestershire in the 1920s and, according to the composer, by words written by Charles Lamb and Robert Bridges.
The London Philharmonic Orchestra conducted by Sir Adrian Boult


A very happy New Year to all readers of LNYD!
Posted by Michael Gollop at 22:39 1 comment:

Of the Father's Heart Begotten

More from the Choir of Gonville & Caius directed by Geoffrey Webber - a setting of words by Prudentius, translated by R.F. Davis (New English Hymnal 33 - the introit at Midnight Mass here for many a year ....)


Posted by Michael Gollop at 21:07 No comments:

Sung by the Choir of Gonville and Caius, Cambridge, directed by Geoffrey Webber

Belated Christmas greetings to all readers of the blog - although the Octave does have another four days to run!
Posted by Michael Gollop at 20:58 1 comment:

Sung on this recording by the Cantarte Regensburg:

Is there really any need to say more?

This statement from Forward in Faith is the most that can be said whilst attempting to balance a charitable generosity with what theological integrity the situation still allows us ...
Posted by Michael Gollop at 11:11 5 comments:

A eucharistic meditation for the Third Week of Advent:

Jesus gave his body and blood to his disciples in bread and wine. Amazed at such a token, and little understanding what they did, Peter, John and the rest reached out their hands and took their master and their God. Whatever else they knew or did not know, they knew they were committed to him, body and soul; they were consenting that he should die for them, and that they, somehow, should live it out. The cock had not crowed twice that night before Peter thrice denied, but still he knew he was committed to Christ, for Christ had given him his body and his blood. Christ's body and blood  lived in him, and Christ forgave him; there was no breaking of the sacramental tie. We are not worthy of Christ, but we are bound to Christ. With all the sincerity of our minds let us renew the bond, and pray to live for him who has died for us.

Austin Farrer: from The Crown of the Year 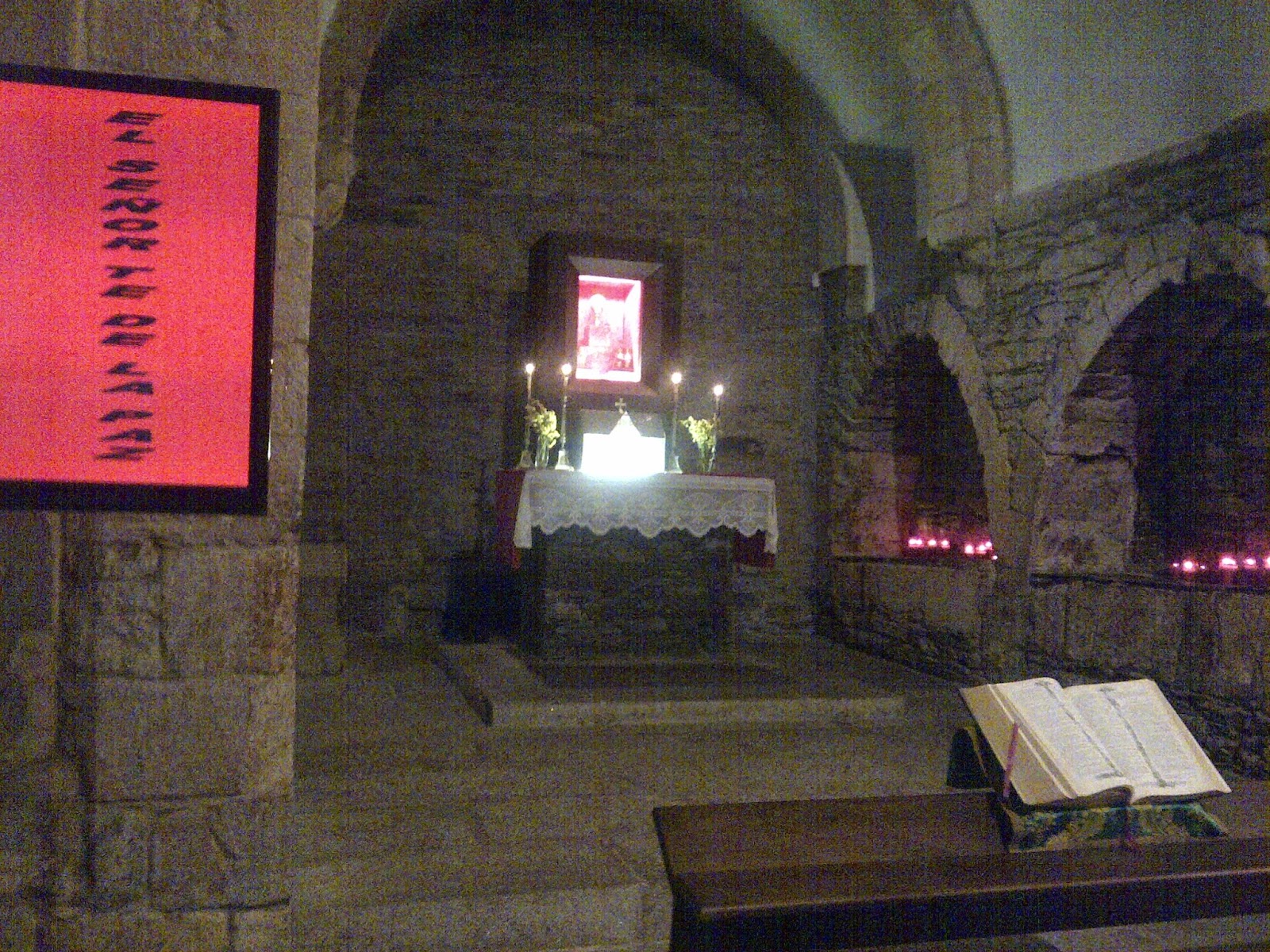 Yet another revealing glimpse into the mindset of those who now run Anglicanism.

A RADICAL overhaul of the Church of England's leadership is under way.


"A key report, still unpublished, sets out a programme of "talent management" in the Church. The report has been signed off by the two Archbishops, and a £2-million budget has been allocated. It was discussed by all the bishops in September, and the House of Bishops on Monday. A spokesman said on Wednesday that the Bishops "welcomed the implementation plan prepared in the light of those discussions. Details will be published next month."
The Church Times has seen the report, Talent Management for Future Leaders and Leadership Development for Bishops and Deans: A new approach, prepared by a steering group chaired by Prebendary the Lord Green of Hurstpierpoint, the former HSBC chairman. It speaks of a "culture change for the leadership of the Church", and outlines a two-stage process.
In stage one, which is in the process of being implemented, all diocesan bishops and deans are expected to attend a residential modular development programme run by a secular university or business school. The modules are entitled: "Building healthy organisations", "Leading growth", and "Reinventing the ministry".
In between modules, the bishops and deans will be expected to review their actions within the framework of theological reflection and prayer, which includes a spiritual retreat. The programme is to be mandatory.
The more radical move comes at stage two. The Green report proposes that training for senior leadership in the Church - bishops and deans, but also archdeacons, incumbents of large churches, and heads of mission societies - takes place before appointment.
For this to happen, a "talent pool" of up to 150 "high-potential individuals" will be identified and enrolled in an intensive training course, lasting up to five years, by which time they can be expected to have obtained senior appointment. The pool will be overseen by the Development and Appointments Group (DAG), and managed by an enlarged staff under Caroline Boddington, the Archbishops' Secretary for Appointments, based at the Wash House in the grounds of Lambeth Palace.  [see here]

In fact, far from being the radical overhaul it claims to be, the Green Report represents the fossilisation of those contemporary cultural presuppositions which will make the Church a lonely widow in the next generation.
One doesn't (or shouldn't) doubt the sincerity of those who propose such abject drivel, but one can certainly question their intelligence, in the sense of proposing an essentially bureaucratic solution to the problem of an already bureaucratically top-heavy ecclesial body, not to mention their almost autistic lack of public relations ability. And we are already only too familiar with the seeming lack of concern (or is it direct knowledge?) for the Church in the parishes ... an overhaul of the C of E's 'career structure' (ghastly idea) is more than a little - to recycle yet again a rather tired cliche - like rearranging the deckchairs on the Titanic.
Perhaps an renewed emphasis on rigorous theological and pastoral priestly formation and a passion for proclaiming the Gospel in our future 'leaders' would be more apposite under the circumstances. The Ministry needs not to be 'reinvented' but reinvigorated:  'Prebendary' Lord Green is clearly no St Charles Borromeo ...

A more cynical observer might describe this report as a bureaucratic power grab - an attempt to institutionalise the already self-perpetuating liberal oligarchy that has engineered itself - through a ruthless use of patronage - into total control of western Anglicanism with results which we can now see all around us.

However, that these proposals - essentially to clone the present 'establishment' and its values and prejudices - should emanate from a committee headed by a former investment banker really does beggar belief; not only does the Church, forgetting its own centuries-old fund of expertise, pastoral skills and learning, instinctively cringe before today's secular 'experts,' but it now seems to want to adopt the last decade's failed management solutions ... except that, unlike the banking industry, we will not be bailed out by the taxpayer when things go badly wrong...

The Dean of Christ Church, Martyn Percy's comments [here] are to the point .


And a somewhat irreverent thought for the end of the second week of Advent:
'God so loved the world that he didn't send a management consultant ... '

'I hope our friends in England learn from the experience of conservatives in the United States'. - A view from across the Atlantic

My apologies for the recent silence; my mother's funeral mass was held yesterday.
Our thanks to everyone for their prayers and all the messages of support we have received. Please pray for the repose of the soul of Elizabeth Jane Gollop.

Back to the news, and perhaps a rather lazy way to begin, with a view of the current state of the Church of England from 'Anglican Unscripted' in the United States.
'I hope our friends in England learn from the experience of conservatives in the United States'. ......
Our contacts insist that in the Church of England there may be a degree of hope, depending upon the implementation of the new legislation and its guidelines, but that ship sailed some time ago in the other Anglican provinces of the British Isles where full scale 'Scandinavianism' is just round the corner .....

And, of course, there is the open aggression of the (we thought, in happier times) utterly discredited,  insular, 'National Church' philosophy revived and promoted by the increasingly influential enemies of apostolicity and credal orthodoxy ....